Pythonator makes Python coders out of gamers. It runs on a Minetest game server and comes with a companion PyCharm Edu course which teaches gamers how to overcome the obstacles in the game by writing Python programs.

A Pythonator workshop will be held at QSITE conference 2018. Attendees should bring a Windows, Mac or Linux laptop. Android and iPads are not suitable. If you don’t already have the following software installed, please install it prior to attending.

Also download the courses. Only the first course will be used during the workshop.

Send an email to tim@triptera.com.au to request a free account on the server. Then you can try out the exercises on the server for a few weeks after the completion of the conference. 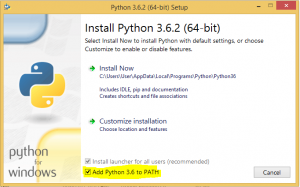 Download and install PyCharm Edu v2018.1.2.
Download the Pythonator companion courses for PyCharm Edu. Do not unzip or extract the companion courses. Safari users need to ensure Safari doesn’t ‘open “safe” files after downloading’ which automatically unzips these files. This is the bottom setting in the General tab of Safari Preferences…

This section is for those comfortable with the Mac command line using Terminal application. I prefer installing using Homebrew because it matches the build of minetest to my version of macOS and it is easy to install updates.

Type the following in Terminal to install XCode, Homebrew, Python 3 and Minetest if you have not installed them already.

The last line opens the installed minetest folder in Finder. Double-click the minetest icon. While minetest is running, right-click on the icon in the dock and select “Options > Keep in Dock” to make it easier to run next time.

To open a course in PyCharm Edu 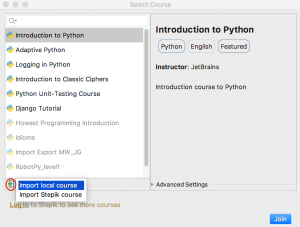 If you want to run the PyCharm Edu Minetest course developed by Triptera you will need a licence. Licences are free if you are running the course in 2018. Please contact Triptera for a licence. Please provide details where you would like to use the software. The licence covers the “builder_police” mod for Minetest and the “Ninja 2 minetest course” for PyCharm Edu, both of which are available with open source. All other components are covered by free and open source licences. Support is available to assist you setting up the PyCharm Edu Minetest course.

What do students learn

Minetest is open source free software which runs on Linux, Mac, Windows plus it even runs on Android, iOS and Haiku. At CoderDojo we used to run this course in Minecraft but have now switched to Minetest because of its many advantages.

Minetest does not do mobs (monsters and other non player characters) as well as Minecraft. Mobs in Minetest are not native so have to be implemented in mods using the Lua scripting language. This has not been an issue for this course which we run without mobs for better performance.

Running the PyCharm Edu Minetest course is mostly automatic. However there are a few custom commands you can enter through in-game chat to manage the world

There are also some useful built-in commands

/help all
lists all the chat commands

/time 6:00
set clock to morning time so players are not in darkness. If this becomes onerous, consider setting the “Time speed” to zero in Settings > Advanced settings > Server / Singleplayer > Game > Time speed

/grant player_name irc_builder
gives a player privileges to use building commands over IRC (should be automatic for new players) will show player’s list of existing privileges.
example /grant tim irc_builder

/setpassword player_name new_password
sets player’s password in Minetest. Password can not be blank or contain spaces if it is to work with ircbuilder.
example /set_password tim sesame

/privs
see what privileges you have

You can even send any of these commands to the server over IRC. Send private messages to the server botnick (eg mtserver). The first message is to login. The second and subsequent messages are the same as the chat commands but replace the / with cmd. Below is an example IRC session. Replace mtuser and mtuserpass with the minetest user and password you want to connect as. The minetest username can be different to the IRC nick name.

You can even use python console to send commands if you don’t have an IRC client. mtuser needs to be the serverop player name

PyCharm Edu is an Integrated Development Environment (IDE) for python which has the additional ability to run courses for learning python programming. It also enables teachers to create those courses. PyCharm Edu is cross platform, running on Linux, Mac and Windows.

At CoderDojo I am mentoring ninjas in coding python so I thought I would try PyCharm Edu. To create a course, I created a series of tasks. Each task is a python program with sections left out to be completed by ninjas (answer placeholders). A task has a task description to explain to the ninjas what to do, and a series of tests to determine when they had completed the task. Each answer placeholder has hints to help solve it, some text which needs to be replaced by the ninja and even the correct answer. The tasks have to provide enough information for the ninja to understand what needed to be done, but not enough that the answer was trivial.

Writing the tests was challenging. The tests needed to check for all possible correct answers. For example, if the correct answer was “x+y” then I should also accept “y+x” or “y + x”. I solved this problem by using the python eval() or exec() to test the value of functions or the effect of statements rather than compare the exact characters typed to the answer.

For example, here is how I used eval() to test for where the correct formula should be (x+y).

When the ninja (student) is running the course they have access to a full python IDE, including command completion and debugging. As a teaching aid one of the most useful features is the console where ninjas can test individual python statements. The console has a sub-window showing variables created in the console and their values, great for teaching how variables work.

The ninja can see the code for the current task and a task description describing what they have to do. In the diagram below notice the sections of code with thin rectangles around them. These are the answer placeholders that the ninja needs to replace to solve the task. They shouldn’t need to type outside these rectangles, although they can if they want to embellish the program.

While attempting a task they can do the following actions:

I did find some problems with PyCharm Edu. However, Jetbrains have been excellent at responding to my issues in this free software.

PyCharm Edu is my choice of tool for teaching python and I am sure most of the problems will be addressed in time.

Do you want to learn at home how to program in python while enjoying the fun of building structures in Minetest? These instructions will help you create your own setup similar to the one used at Coderdojo. First of all, make sure you have finished the instructions for the Minetest client install and the Minetest server install.

The steps to configure your course platform:

To configure your course platform you will need Internet access to download builder_police from github, ircbuilder python module from pypi.org, and the courses from this website.

To run the course you will need Internet access to a public IRC server (e.g., irc.rizon.net) which handles the communications between your python program and Minetest.

Now that you have installed the builder_police mod, you need to enable it in Minetest by selecting “configure” for the world, selecting the “builder_police” mod and clicking the “enabled” check box.

If you want to practice at home building Minetest structures with python programs, you will need to install Minetest server with its mods. Before we start, make sure you have completed the Minetest client install.

The steps to configure the server are:

Windows users will need to download the latest from https://git-scm.com/ and install. This will also install Git-Bash which is a command line shell similar to those on Mac and Linux.

Linux and Mac users should already have git installed. To test, type the following in the Terminal:

If it is not installed it will give an error message saying “command not found”. Mac users can download the software from the above site or install it using brew as they did with minetest.

Linux users can install using one of the following if it is not already installed.

The irc mod for minetest requires luasocket. This is difficult to install on windows so I have built a 64 bit version of minetest with irc mod and luasocket already built in. It can be downloaded from minetest-0.5.0-6cfd699b-irc-win64.zip.

Every Minetest world in which you want to use these mods needs to have them enabled.

Now you can start to write programs in Python which will build structures in Minetest. Remember to install ircbuilder python module in your python virtual environment so that your program can communicate with IRC and hence with Minetest. You can do this in PyCharm Edu from Settings (Windows) or Preferences (Mac) > Project > Project Interpreter > + (and type in ircbuilder).